We can have better work lives in New Zealand. A good way to do that is better employment law that’s fairer for everyone, with Fair Pay Agreements. The Council of Trade Unions has shown what that should look like in a recent report - A Framework for Fairness.

We need EVERY party that wants to be in Government after the next election to put in place a good Fair Pay Agreement law that gives power back to working people as a priority – in the first 100 days.

We have had all the reports and the consultations. The work is done. But people are still suffering on minimum wages, and bargain-basement work rights, in our most essential industries. There is nothing stopping any Government from making work fair now – for everyone.

To the Prime Minister and Cabinet:

It’s time to do the right thing by working people, and the many good employers in New Zealand, and deliver us Fair Pay Agreements. We need Fair Pay Agreement law that makes life better for working Kiwis. We can’t continue with the low-wage, low-training, model that has cost us all so much.

The law our elected leaders make to do this must abide by six basic principles of good sector bargaining:

1) Fair Pay Agreements will enable working people to improve their terms and conditions of employment, develop their skills and have these skills recognised.

2) Working people will have a voice through their unions to negotiate Fair Pay Agreements.

3) Fair Pay Agreements should cover every person working and every employer in a defined industry or occupation.

4) Fair Pay Agreements need to be about more than pay rates – they need to provide a minimum standard for decent incomes, career pathways and good working lives for New Zealanders.

5) If union members and employers in an industry or sector can’t agree on what’s fair, they will be able to go through an independent assessment process to determine a Fair Pay Agreement.

6) If a Fair Pay Agreement is reached, it should be final.

Working people and their families have waited too long for a fair bargaining system. Please, take this incredibly important step to get the Government honour their promise to working people. 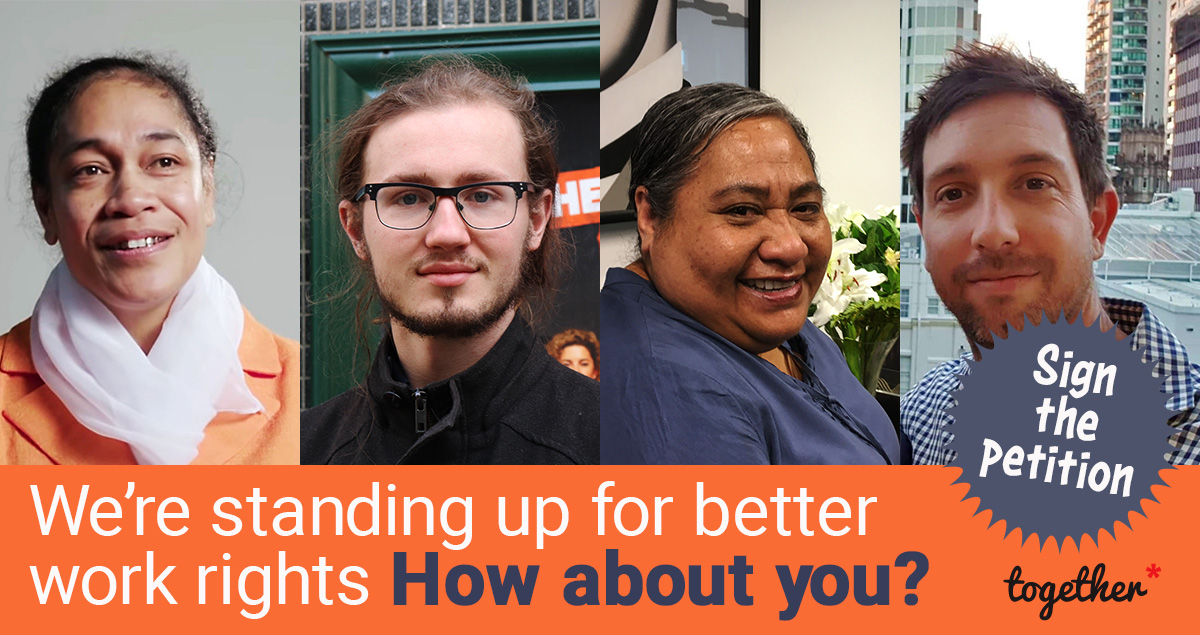